Our office at 908 8th Avenue South has been open for 18 years. This office features the Overspeed and Agility Program, Pneuvibe Platform, Graston technique, Functional Dry Needling by certified therapists and spinal decompression. Some other areas of treatment and programs that we provide include: vibration platform, unweighted treadmill, gym program, Class IV Laser and therapeutic massage.

Please remember you have the right to choose where you go to physical therapy. We accept insurance and are preferred providers for most of them. If you have any questions, please give us a call at 454-0438.

Mountain View Physical Therapy & Sports Injury Clinic would like to introduce you to our dedicated and professional staff. 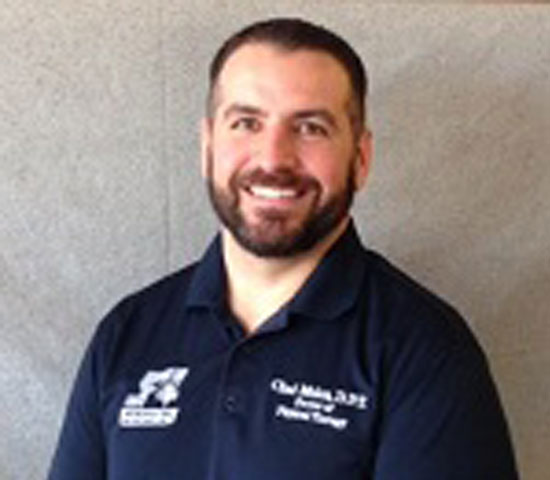 Chad graduated from UNLV in Las Vegas, NV with his doctorate in Physical Therapy in 2008… 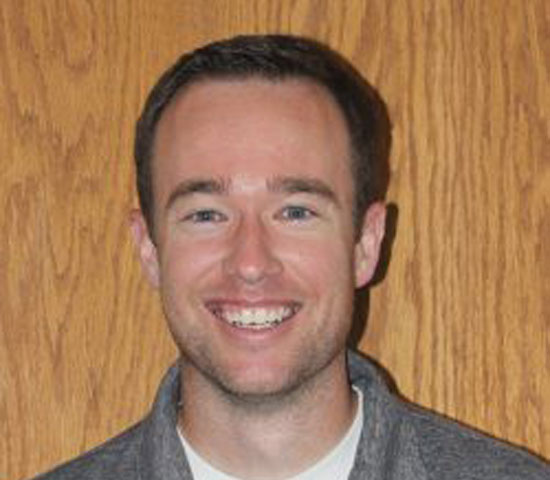 Eric has his Doctorate in Physical Therapy from Idaho State University, a Masters of Science… 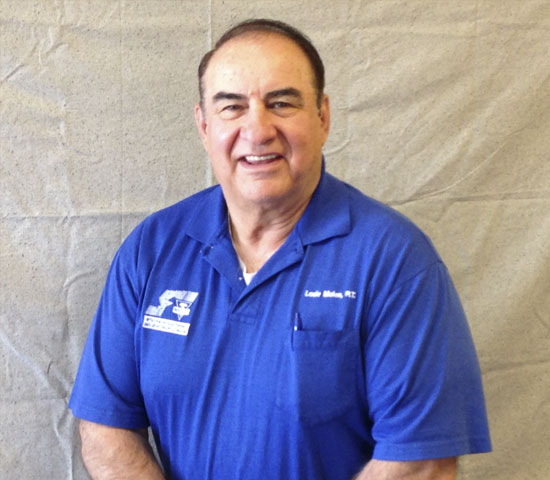 Louie graduated from the University of Utah in Physical Therapy. He has a Masters degree in… 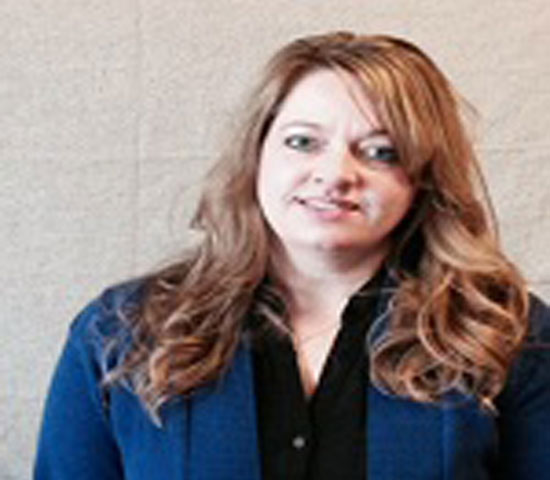 Has worked for Mountain View Physical Therapy for 33 years. She has had her massage license… 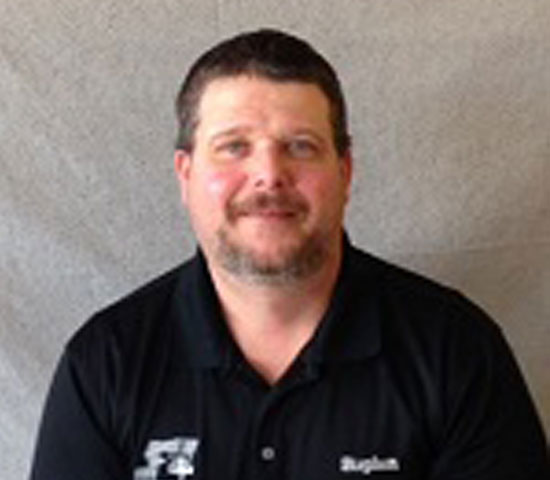 has worked for Mountain View Physical Therapy for 12 years. He has had his massage license…

Congratulations to our student, Jake Bartschi, on passing the National Board Exam of Physical Therapy!!! 🎉🎉

Reid (Louie) Molen, Jr. (PT, LMT) Licensed board certified Physical Therapist. Louie graduated from the University of Utah in Physical Therapy. He has a Masters degree in Secondary Education and a Bachelor of Science degree in Bioscience and Physical Education from Western Montana College. He has been certified and attended courses in Muscle Energy Techniques, Strain Counter Strain and Graston Technique. He is certified in Functional Dry Needling (FDN). He is a firm believer in hands on treatment of his patients. He treats all types of patients from athletes, to workers compensation, auto accidents and pre /and post surgical patients.

Graduated from UNLV in Las Vegas, NV with his doctorate in Physical Therapy in 2008 after receiving a B.S. In Health and Human Performance degree from MSU in Bozeman, MT. He has augmented his degree as a Board Certified Clinical Sports Specialist. He added to his credentials by becoming Strength and Conditioning board certified through the NSCA. He is Level II Certified in Functional Dry Needling.

He also holds a current license in Massage Therapy. He focuses his practice on manual therapy and sports rehabilitation as well sports enhancement however is proficient in treatment of ailments in all age groups. He has attended courses on MET (Muscle energy technique ), Gaston technique, Vestibular disorders, CSM national conference, NSCA national conference, as well as other courses on treatment of shoulders and knees in orthopedics.

Chad loves to work with athletes and fitness in general and has had great success promoting individuals to their next level in fitness and sports.

Chad was selected in April 2019 by the American Academy of Sports Physical Therapy as 1 of 3 recipients to attend the Kevin Wilk Traveling Fellowship sponsored by DJO and LiteCure. During his time on the fellowship he observed some of the top orthopaedic surgeons and physicians in the country as well as leading Physical Therapists in the filed of sports Physical Therapy. He started the fellowship in Nashville at the Nashville hip instituted with surgeon Dr. Thomas Byrd who innovated the arthroscopic hip procedure and is world renown for his ability as a surgeon and educator. Chad was mentored by Mike Voight, PT, DHSc, OCS, SCS, ATC, CSCS, FAPTA and former NFL running back, and provided opportunities at the Tennessee Titans facility as well as other clinic training. He traveled to Houston, TX next where he was toured around by Russ Paine, PT whom provided care to Adrian Peterson as described in the media. His time in Houston also included observation at the Shepherd Medical facility and with the Houston Texans. The last stop in the fellowship was in Scottsdale AZ. He was able to be educated by one of the top Physical Therapist’s in the world for shoulder pathology, Todd Ellenbecker, DPT, MS, SCS, OCS, CSCS and chairman of the US Tennis Association. He also spent time at the Milwaukee Brewers training center. In all 3 locations he was privy to present cutting edge information about the evidence based modality of Blood Flow Restriction (BFR). The experience earned him the honor of being included in the ranks as a fellow of American Academy of Sports Physical Therapy and created a network with the best in sports rehabilitation.

has worked for Mountain View Physical Therapy for 12 years. He has had his massage license since 2010. He keeps all of our equipment in working order and safe for our patients. Stephen loves spending time outdoors at his cabin with his wife and dogs. He enjoys fishing and hunting and goes as much as possible throughout the year.

graduated from Great Falls College MSU with an Associates of Applied Science Degree. He performed three different clinical rotations in outpatient and inpatient settings including a skilled nursing facility. His main scope of interest was in manual/sports therapy which led him to working at Mountain View Physical Therapy. He has had multiple continuing education courses including current concepts in the rehab of the shoulder as well as the Magic City Sports Medicine Clinic dealing with the rehab of specific rodeo injuries.

He was born and raised most of his life in Great Falls, Montana where my family still resides. He is a recent 2010 graduate of Charles M. Russell High school where he played Football and ran track for 4 years. Dillon enjoys playing slow pitch city softball during the summers and spends most winters in the mountains snowboarding or snowmobiling. While not outside, Dillon loves to work out and spend time with family and friends. Dillon is excited about continuing helping patients achieve their goals and reach their highest potential.

has worked for Mountain View Physical Therapy for 31 years. She has had her massage license since 2010. She has worked most aspects of the office throughout her time at MVPT. She has worked as an floor technician, billing assistant and receptionist. She currently is over the HR dept, AR/AP, billing and collections of the company and occasionally fills in on the floor or wherever she is needed.

graduated from Great Falls college of Technology MSU with an Associates of Applied Sciences in Physical Therapist Assistant Degree. She performed three clinical rotations in inpatient, home health, and outpatient settings. She has completed many continuing education courses including kinesiology taping techniques, BPPV vertigo concepts and treatment, and neuromuscular reeducation courses. She was born and raised most of her life in Great Falls, Montana.

She graduated from Charles M. Russell high school in 2007. She competed in gymnastics for 11 years from grade school all the way through high school. She actively rides her horse throughout the year and competes in many events including; O-mok-Sees, barrel races, skijoring, competitive trail rides, hunting and many others. She looks forward to helping patients achieve their goals while working at Mountain View Physical Therapy.

He has a love of sports and the outdoors. He is enjoys working with our patients and the local athletics.